Belarus has been accumulating external debt of $23 billion for 5 years in the second half of the noughties. In the first five-year period of the 2010s, another $12 billion. The peak of the debt of $41 billion fell at the beginning of the recession in 2014. Over the past 5 years, debt has declined by only $2 billion. High debt burden at low rates of economic growth depresses the investment process. Moreover, this debt burden becomes one of the reasons for the low growth rates.

High economic growth in Belarus, as a rule, was accompanied by high growth rates of gross external debt (GED). Foreign loans were an important source of investments financed in fixed assets and GDP growth. Debt declined during the recession (from Q3 2014 to Q2 2017), after the crisis in 2012, and, mostly, from the second quarter in 2018 to the first in 2019 (Fig. 1). At the end of the first quarter of 2019, it amounted to $38.7 billion or 65% of GDP. 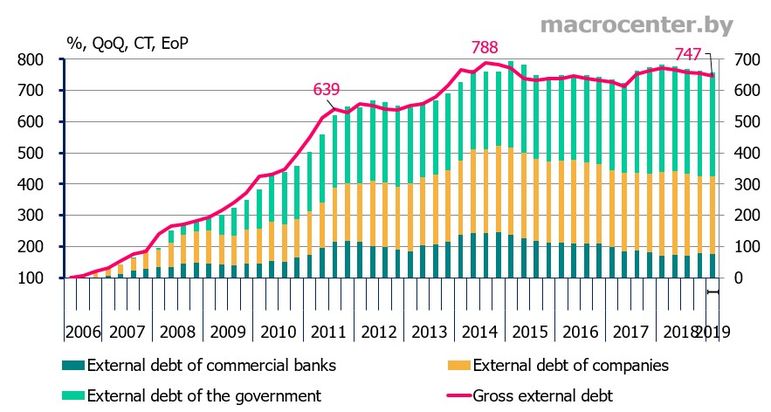 When the economic growth rates close to zero, debts accumulated in previous years rests heavily on the economy. They inhibit the investment process. Due to lack of funds, economic agents are massively resorting to debt refinancing. Therefore, the debt is held at approximately the same level.

At the same time, agents often manage to attract new borrowed funds for a longer period. As a result, in recent years there has been a decrease in short-term GED (Fig. 2).

There is one more positive moment. Public external debt has stalled. It’s last maximum was marked in the middle of the 2017. 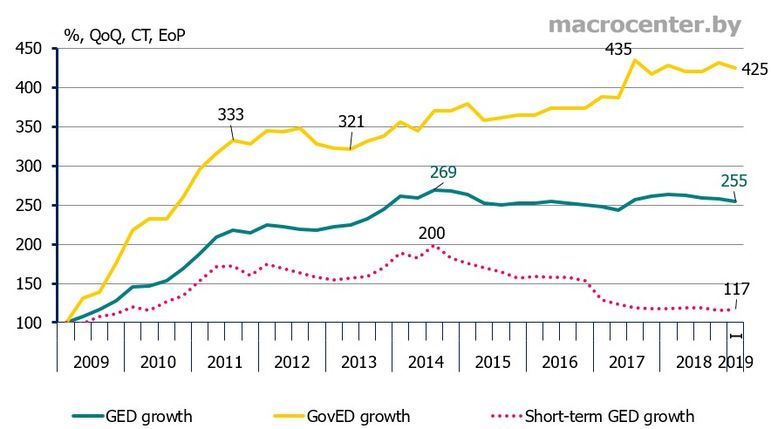 Fig. 3. The increase in net external debt (NED) of Belarus

The assessment of the rating agency S&P as at April 5, 2019 was “B”, and the forecast became stable. The rating agency Fitch also rated it. On June 28, 2019, the forecast of this agency was also set as “stable”. This assessment reflects the country’s ability to pay debts and shows that in the near future it will remain possible to take long-term external loans and repay previous loans. However, this is not an indicator that improves the quality of life or the state of the country’s economy.