Flight on one wing

Stagnation persists in the economy of Belarus. A small increase in GDP is due to domestic consumer demand. External demand (net exports) makes a negative contribution. Domestic investment demand does not affect the rate of economic growth.

Recently, a small increase in the economy of Belarus is supported by one component – an increase in final consumption expenditure. Real Belarusian GDP does not grow due to investments and net exports (fig. 1). 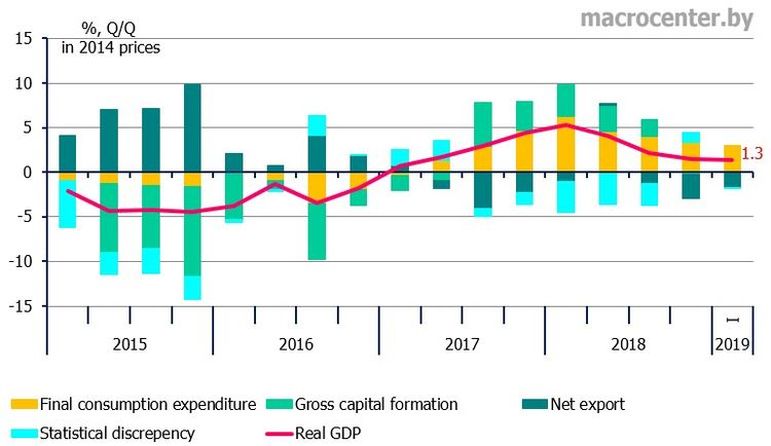 Since the crisis of 2011, the Belarusian economy has not showed high growth rates and continues to be either in a state of stagnation or recession (fig. 2.). 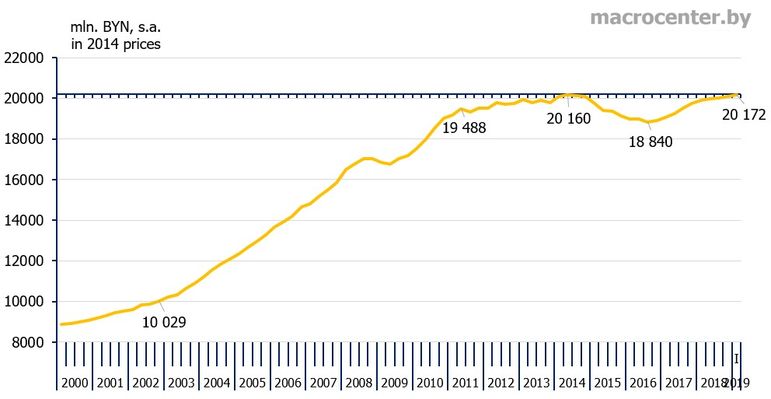 The recession of 2014-2016 was mainly associated with the debt crisis in the economy of Belarus. In the last seven quarters, the level of gross capital formation remains almost unchanged (fig. 4). 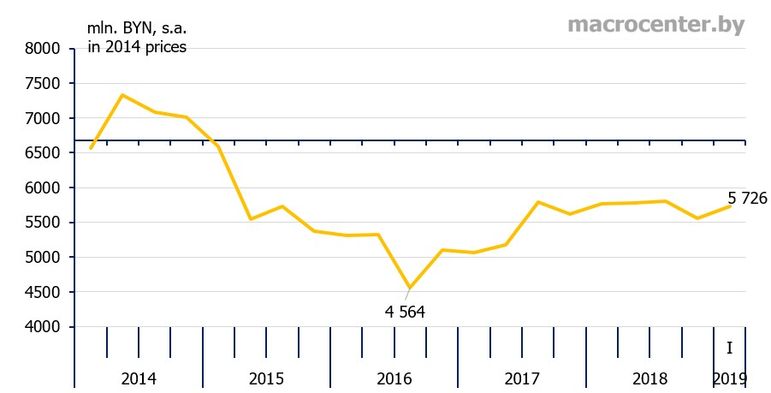 Since the exit of the Belarusian economy from the state of recession, only one component has continued to show a steady increase – household final consumption expenditure (fig. 5).

Thus, the currently low GDP growth rates in Belarus are achieved due to domestic consumer demand, while external demand makes a negative contribution, and domestic investment demand has little impact on economic growth.