NFA of commercial banks has fallen by $1 billion

Changes in NFA of commercial banks trend has made a reversal. In 2014-2018 NFA level increased. However, in the last 9 months it has been declining (Fig. 1). 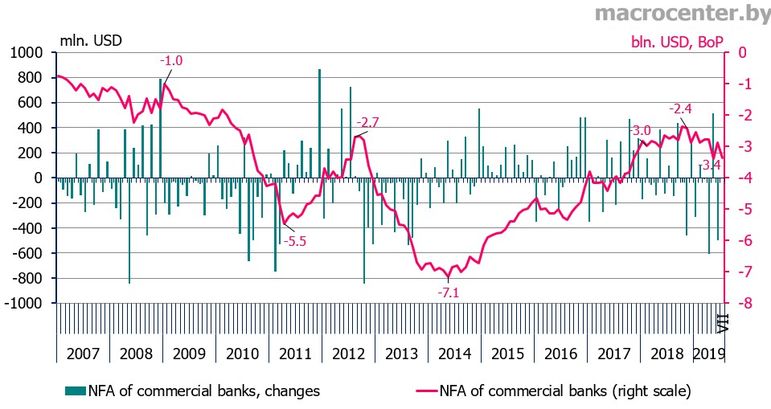 Remark. All graphs are the development of Macrocenter according to the National Bank of Belarus

NFA of commercial banks decreased not due to an increase in foreign liabilities, but due to a decrease in foreign assets. If at the beginning of the year, requirements for non-residents amounted to $5.0 billion, then as of July 1, they fell to $3.6 billion. In other words, there was a decrease in foreign exchange reserves of commercial banks. As of July 1, 2019, the NFA level of the National Bank of Belarus reached $7.4 billion (Fig. 2). This is a good result, considering that more recently (in 2016) they amounted to $2.3 billion. 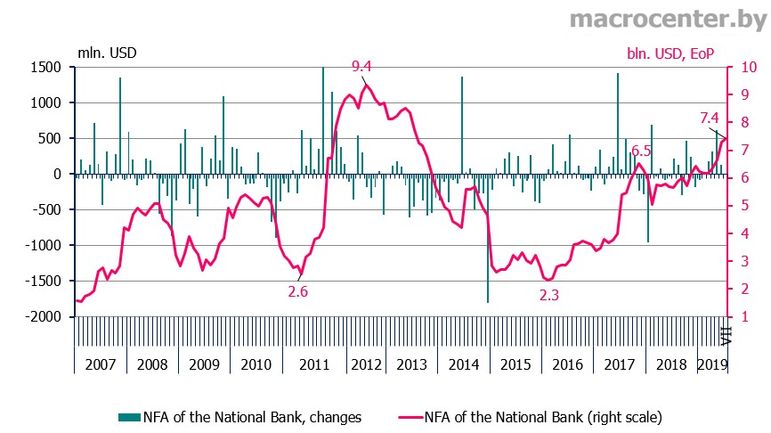 Fig. 2. NFA of the National Bank of Belarus

Fig. 3. NFA of the banking system of Belarus, billion USD 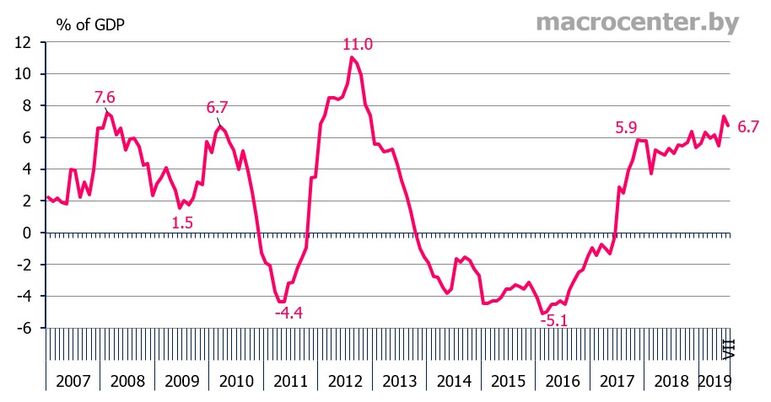 Fig. 4. NFA of the banking system of Belarus, in% of GDP 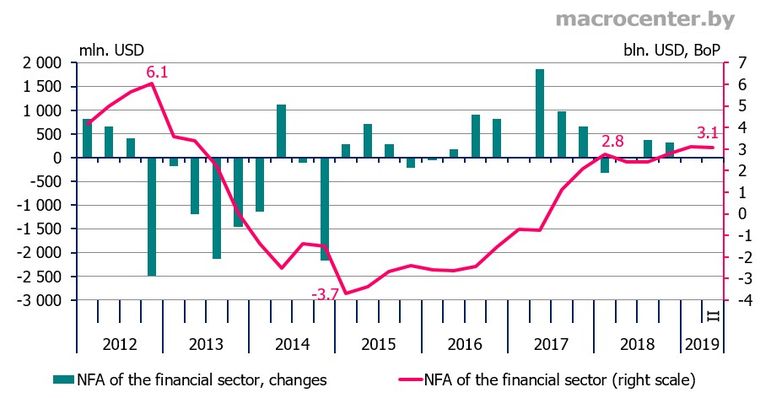 Fig. 5. NFA of the financial sector of Belarus, billion USD

Reference. Considering that state-owned banks dominate in the banking system of Belarus, the level of NFA of the National Bank should be taken into account along with the level of NIA of banks. Whereas during the crisis, foreign assets of banks can be used by the National Bank. Such practice has already taken place in Belarus in previous years.

“Mostly, the international reserves of a country mean only the Central Bank’s foreign exchange reserves, which is its net foreign assets that the government can use at its choice,” – writes Alexei Kireyev, leading IMF economist in the International Macroeconomics textbook (2014, p. 23 )

However, “if the foreign exchange reserves of commercial banks are controlled by the authorities, then they are also included in the concept of international reserves, which in this case is similar to the concept of net foreign assets,” – the expert notes.