Only IT sector grows at high rates in Belarus 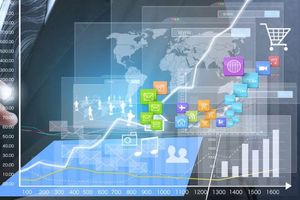 The IT sector in the last 1.5 years has been growing at a quarterly rate of 10% (year to year). Growth rates in industry, freight, banking and insurance decreased from 9-10% in 2017-2018 to less than 1% in the first quarter of 2019. Agriculture in the first quarter of this year entered a state of recession. Education, science, sports, the entertainment industry, in recent years continue to be in a state of recession.

In the manufacturing, in just one year, the economic growth rate decreased from 9.4% to 1.1% (Fig. 2). Almost to the same level, they decreased in the extractive industry (Fig. 3).

The decline in the production of goods in industry led to a decrease in freight volumes. In the transport industry, the growth rate of the real GVA in annual terms declined from 8.2% in the 4th quarter 2017 to 0.9% in the 1st quarter 2019 (Fig. 4). 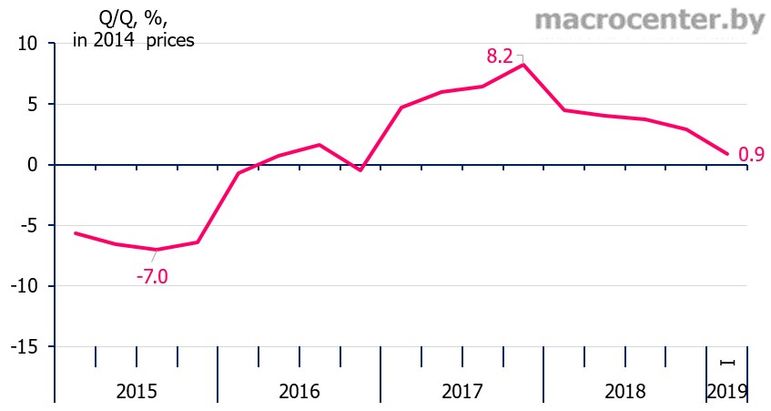 Fig. 4. GVA in transport and logistics

The agriculture of Belarus in the first quarter of 2019 entered a state of recession (Fig. 5). 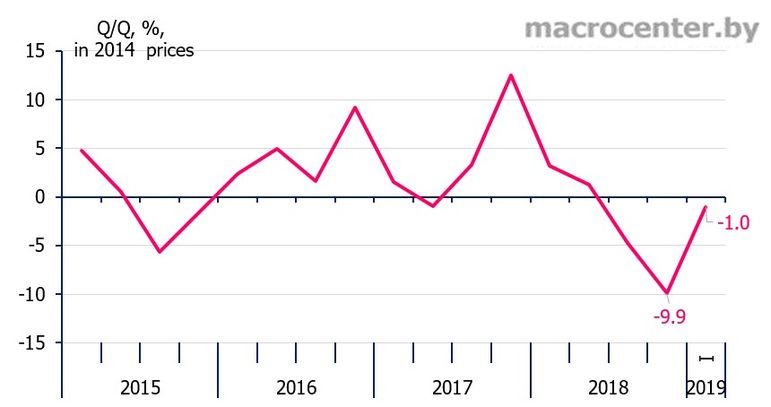 In the second half of 2018, growth rates in construction and trade also declined. However, in the first quarter of this year, they began to grow again (Fig. 6, Fig. 7). 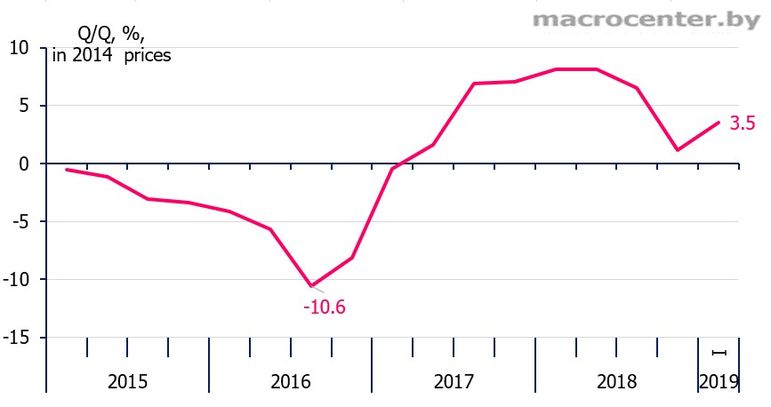 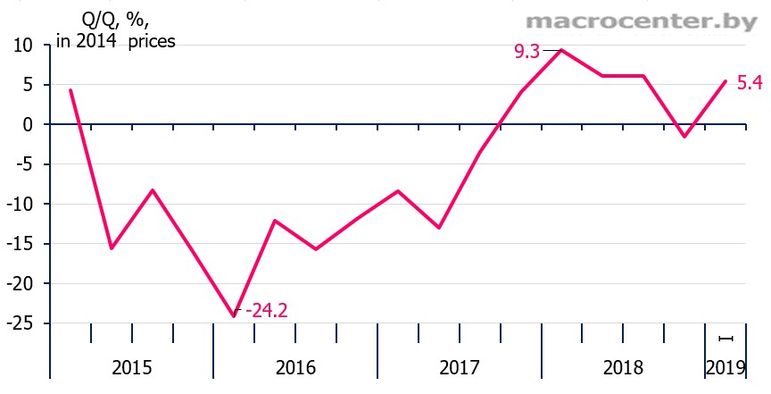 In areas related to the development of human capital, there has been a recession in recent years. In the health sector, growth rates are rather low (on average, 1.5% over the last three years) – fig. 8. In the past five years, negative growth rates have been observed in the fields of education, science and technology, sports, and the entertainment industry (Fig. 9-11). In the field of education, government regulation is a serious constraint for creating value added. Quotas are introduced for the number of students, even for private educational institutions. 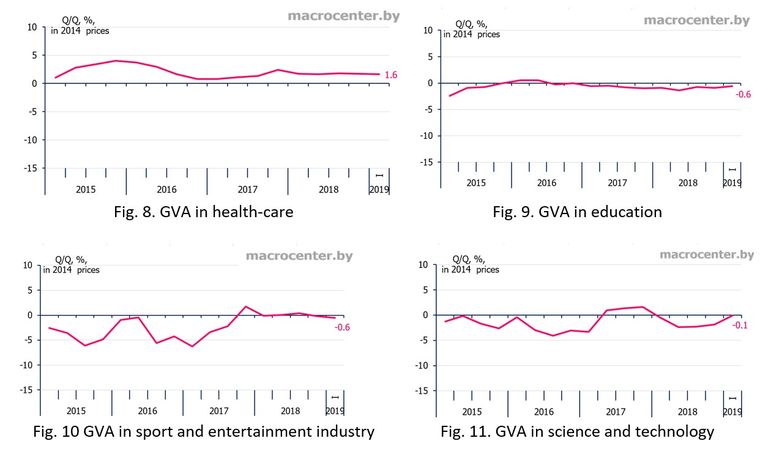 The growth rate of the real GVA in the sphere of banking and insurance decreased significantly – from 9.1% in the 4th quarter 2017 to 0.7% in the first quarter of the current year (Fig. 12). The government does not allow state banks to cut staff in large numbers. State banks cannot take full advantage of the opportunities offered by modern information technologies. 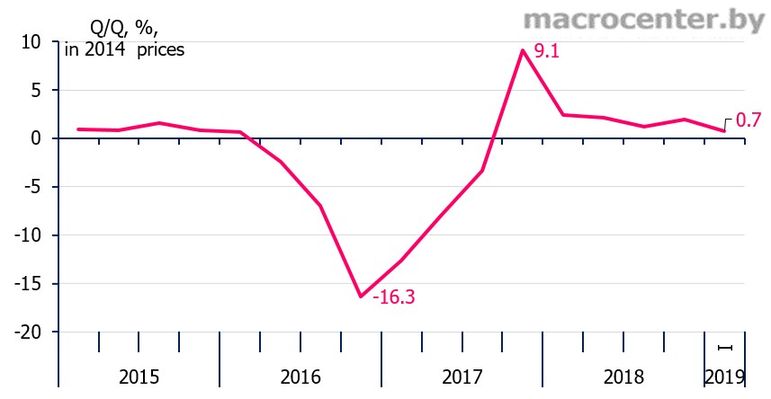 The only industry that is growing rapidly in the Belarusian economy is the IT sector. In the last 1.5 years, the average growth rate of the real GVA here was 10% (Fig. 13). 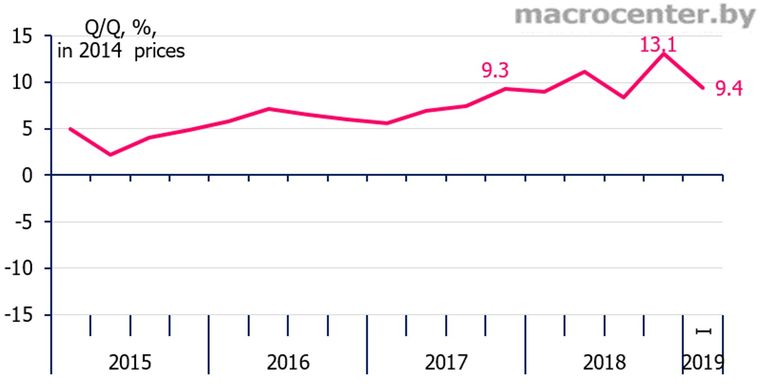